On a cold Monday night in December 1979, the Session of Presbyterian Church of the Cross was read a stunning letter stating that a large sum of money was to be given in order to purchase a pipe organ for the sanctuary. The identity of the writers of the letter was not announced. The gift was accepted by a grateful Session!

The letter contained three particularly interesting stipulations. The first was that the donors would select the builder of the organ. To this end, James R. McFarland of Millersville, PA, was selected as the builder. McFarland envisioned an organ that would be unique to the Omaha area. It was to be a new organ making use of some recycled organ components from a pre-existing American organ. Portions came from an instrument built in 1895 by the well-known Boston builder, George S. Hutchings. The Hutchings organ served for many years in the First Parish Church of Watertown, Massachusetts.

The second stipulation was that the organ would be of tracker or mechanical action. The donors shared the feeling of the Organ Study committee that this action afforded significant musical and maintenance advantages.

The third stipulation was that the congregation would make the decision as to where the organ would be placed in the church; front or back. At a specially called congregational meeting on April 13, 1980, the congregation was shown drawings of the organ as it might appear in both locations and had the opportunity to ask builder James McFarland questions about the advantages and drawbacks of both locations. The congregation voted overwhelmingly to place the organ in the front of the church. At the conclusion of the meeting, Pastor Ralph Gerber put an end to much speculation and identified the organ donors by introducing Neal, Leone, and Stephanie Harlan to the congregation. 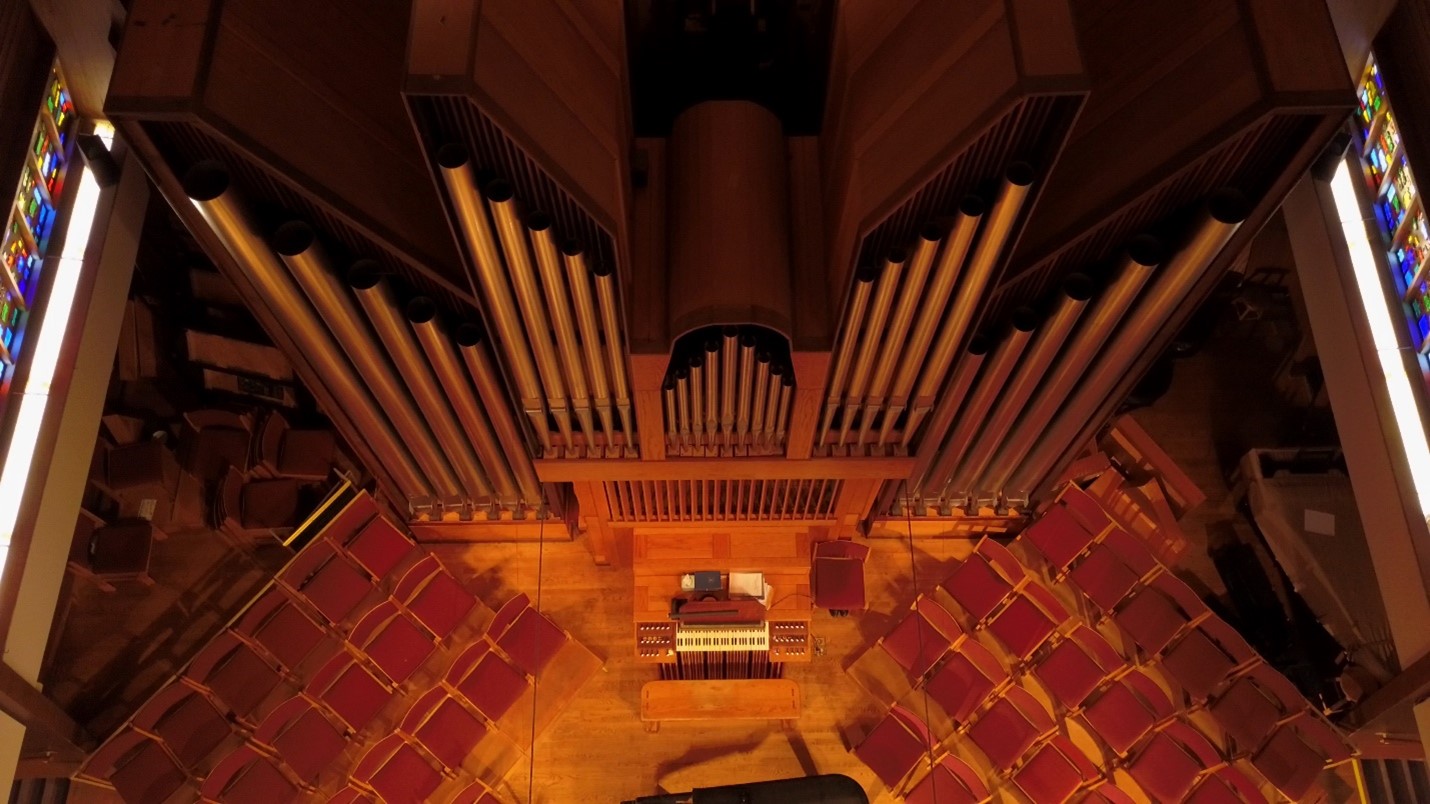 Much of the organ you see and hear today including about half the pipework, the windchests for the manuals, the keyboards, stop knobs, and reservoir have been in existence for over a hundred years. Most of the organ was built specially for this project including pipework, case, key, stop, and combination actions.

McFarland arrived with a crew to begin installation of the organ on January 23, 1987. The first stop of the organ was heard in church on Mother’s Day of that year. In June of 1987 personal and professional considerations made it impossible for McFarland to continue with the project. At that time, Mr. Philip Beaudry, a noted organ builder from Lowell, MA, assumed directorship of the installation responsible for the completion of the physical installation and voicing assisted by Mr. Mark Vik of Cathlamet, WA. These gentlemen worked until March of 1988 to assure a satisfactory completion of the organ.