Building & Landscaping to Provide Housing for the Community

Yes! Volunteer opportunities include helping with contruction, sorting donations, preparing lunches, and helping at the offices or with lot maintenance. 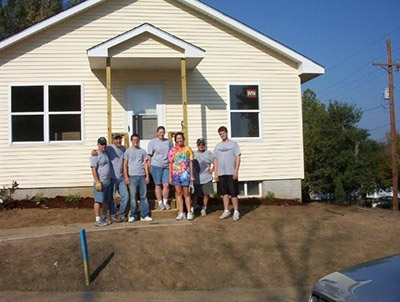 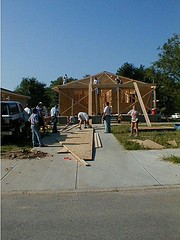 Habitat for Humanity is a nonprofit, ecumenical, Christian ministry founded on the conviction that every man, woman and child should have a decent, safe, and affordable place to live.  Habitat for Humanity of Omaha (HFHO) was established in 1984, taking two years to build their first house that year. Today, with the support of volunteers and donors, HFHO has grown to serve a large portion of north and south Omaha as well as Waterloo and Washington County. In 2013 HFHO built or renovated over forty homes and in 2014 it is set to complete over fifty. With planned building, neighborhood revitalization programs, and a Roof and Repair program, HFHO is seeking to transform neighborhoods and build community through homeownership.

There are also international opportunities to build with Habitat in Macedonia and Nepal in 2014 through HFHO’s Global Village trips.